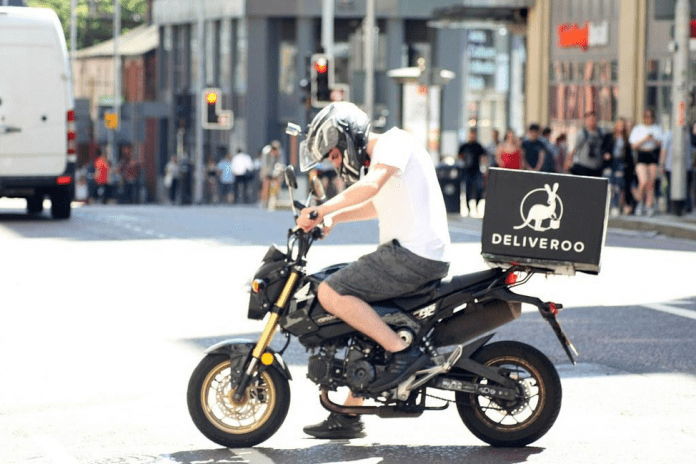 Looks bad for you (*cough* Deliveroo *cough*), but great on them! Dija is a startup fresh on the streets in the UK (yes, literally the streets… they’re a delivery service) who just closed a $20 million funding round led by Blossom Capital, which focuses on early stage startups and a few other hush-hush, top-tier funds.

Dija has one foot in the convenience store space and one foot in the delivery space, and they haven’t even launched yet (woah, buddy). Yusuf Saban and Alberto Menolascina are the founders, both ex-Deliveroo execs. Saban knows what he’s doing in this space because he’s also the cofounder of Everli — Italy’s version of Instacart. Both were a part of Deliveroo’s growth through their Series D through F rounds as well, so Dija’s at least got a team well positioned for success.

The name of the Dija game is the same as most other convenient-delivery-style apps… they want to have tons of small, local fulfillment centers in major cities so delivery is lightning speed fast. Again, the UK version of goPuff. All these startups are banking on this model being successful, even though it hasn’t been proven yet. We shall see, but let’s be real, with the way our world is changing thanks to the pandemic, and even before with our fast-paced lifestyle, it’ll probably do well. We’ve seen convenience stores like 7-Eleven pop up on US delivery apps like UberEats, so there’s some validation for skeptics.

What do you think will be the next trend in delivery startups? Hit reply and tell us what you think!

The Wolfpack Is Back

This time in the form of a new venture firm (eye roll or nah?). The-Wolfpack (yes, the dash is necessary) is based out of Singapore and is the brainchild of previous managing directors of GroupM Simon Nichols and Jin Wei. Don’t know GroupM. Oh, they’re just one of the worlds biggest media and advertising companies. No biggie.

The founders decided to call it The-Wolfpack because “entrepreneurs thrive best in a wolfpack”. Did your eyes roll yet?

Their focus is on the DTC (direct to consumer) companies that have been hit especially hard this year, particularly leisure and media. That focus goes beyond just funding and into helping these companies build an entire ecosystem with The-Wolfpack, so any sort of creative production, marketing or tech help they need, they can get. Already moving ahead with $5 million in hand, they’re prepping for a second raise of about $15 million and are opening spots in Thailand and Indonesia.

Another thing on The-Wolfpack’s docket is to help brands have an actual conversation with customers instead of just talking at them. Basically every company’s issue for years until they “get it” (usually by the lack of sales).

You’re Not a Millionaire if You Do This

Maybe you’ve made it to 7 figures already — or determined to hit that mark soon. Whatever the case, there’s a lot of assumptions about how millionaires handle their money, especially if you’re looking at how the “old money” handles things (versus self-made or first-generation millionaires).

One thing they don’t do is flaunt around their cash. You may be thinking, “What’s the point of working so hard then!?”. The point is to continue to accrue wealth. Millionaires, especially today’s first-gen, are frugal. They spend their money on investments and anything that grows their net worth (not Lambos and Gucci bags).

Let’s talk about millionaires and credit cards. That black Amex card isn’t the one to run to (only 6.2% of millionaires use one). You’ll want a low-fee Visa or Mastercard instead. Yes, the perks aren’t as nice, but you also don’t have to pay a $550 yearly fee like you do with a more exclusive card.

Got kids? Don’t spoil them. Millionaires of today’s generation will spend on their kid’s or their own education, and they know giving kids gifts all the time or supporting them sets them up for failure.

Think all that money comes from investments? Think again. 95% of millionaires own stocks and have about 20% of their wealth invested… no more. But moving around investments for short-term gains or day trading isn’t what wins. Buy and hold is the strategy for today and also saves you money on taxes.

What’s your investment strategy (if you’re headed for millionaire status)? Hit reply and let us know what you’re working with!