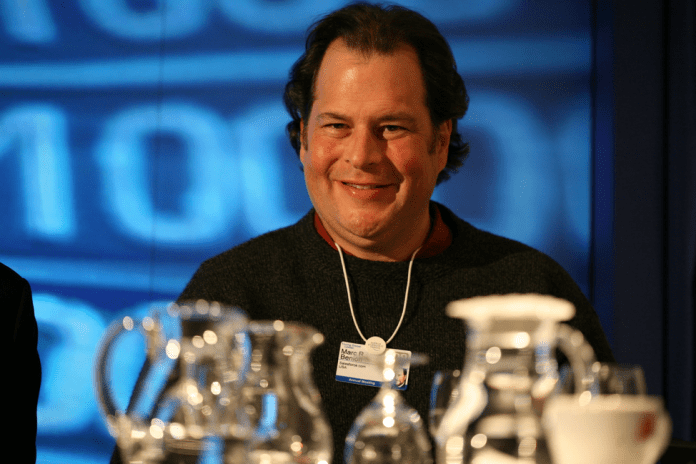 Do we smell an acquisition of Slack coming up by Salesforce? Yesterday, Slack shares were up by 35%, creeping back up to their 2020 year high of $40.07 per share. Salesforce was trading about 3.5% lower after we heard that Salesforce wants to snatch them up. Looks like current Salesforce investors aren’t that excited of the two merging. Or worse, they might be worried about the price of bringing Slack into their fold.

Obviously, there are benefits to buying the ever-growing Slack, but we don’t have word as to why specifically Salesforce would want to buy Slack now or what their plans would be. All we can see is the potential to cross-sell each others’ products to their current customers. Honestly, the crossover between the two’s customers that are already using both products is probably pretty large. So, maybe there’s a new integration or product altogether they’re thinking about making.

The other thing we can see is that Slack already has a huuuuge market share of startups that are positioned for unicorn status, while Salesforce is popular with many Fortune 500s and large corporations.

Currently, Salesforce doesn’t have any sort of solid in-software chat tech — which is where Slack could come in. Surely Salesforce loves the embedded workflows of Slack, too, considering how Salesforce itself works. A Slack acquisition would give them major continual revenue too, something that’s probably plateauing for Salesforce ATM. Now, with Microsoft’s Teams, Salesforce could use a boost to their competitive advantage.

Do you think we’ll see this acquisition go through? And if so, when? Reply and let us know!

In France, that is. Why? Big taxes are comin’, which means we’ll probably see new tariffs come through in the US on French goods to hit ‘em where it hurts.

Bruno Le Maire, France’s Economy Minister, has been trying hard for years to get a tax reform on tech companies, and plenty of European economic ministers are on the same page as Le Maire. They don’t think it’s fair that these tech giants are raking in the revenue in their countries, but only adhering to tax authorities in another.

Le Maire’s original idea was to base the European tax on local revenue, but other countries weren’t going for it.

Side note: In Europe, tax policies must be a unanimous decision from the European Union. So instead of waiting for everyone to get their sh*t together, the French government decided to work on their own local tax.

Here’s the deal: If a company generates over $894 million in global revenue, over $29.79 million in France, and is a market place (think Airbnb, Amazon, Uber, etc.) or is an advertising business (Criteo, Facebook, Google, etc.), France will now tax the company 3% of their French revenue.

It’s interesting to see them finally make a decision after all the back and forth French President Macron and US President Donald Trump have been having for years. Even though Organization for Economic Cooperation and Development (OECD) has been trying to figure out a standard, worldwide rules about taxing tech companies specifically, France thinks the negotiations have failed (impatient much?).

Trump wanted to put 100% tariffs on wine, handbags and cheese from France last December, but then decided to wait for the OECD to pull through. It’ll be interesting to see what Biden’s play is on this… do you think he’ll push back or nah? Reply to us and give us your take!

Ever hear of the game Hades? It’s an indie RPG game that’s become a huge hit, throwing games made by large studios out the window. Only a team of 20 at Supergiant Games is behind the best seller, which only costs $25 (shocking, we know).

Why should you care? Hades’s backstory is an interesting one. Amir Rao is the director at Supergiant Games and started the studio in 2009 along with Rao and Gavin Simon, cofounders, who ditched their higher-up jobs at EA Games and moved into Amir’s dad’s basement.

They had no idea if their idea would work, but Amir had a very supportive father that told both of them to go after their dreams and that they were young enough to find another job if they needed to. From then, Hades has risen to the top of the Steam store and been a bestseller on Nintendo’s Switch game. Part of the key to their success was growing slowly. The team moved to seven people after three years and Supergiant’s first game release, then up to 20 employees today, nine years later.

Rao and Simon are both huge proponents of working sustainably. Just like the tech industry and many others nowadays, the gaming industry is well known for overworking. Supergiant recognizes the time and space creativity needs to do its best work (versus other gaming giants who pride themselves on 100-hour work weeks). They set boundaries and limits for themselves and don’t push workers past that. Oh, and they threw in unlimited vacation days just ‘cause.

Sounds like a dream… but should it be standard? Do you think more companies would be poised for success if they worked sustainably rather than going balls-to-the-walls with work ethic? We’d love to know your opinion. Hit reply and share!

Budget: Bitcoin holders among those relieved as Chancellor holds fire on tax hike