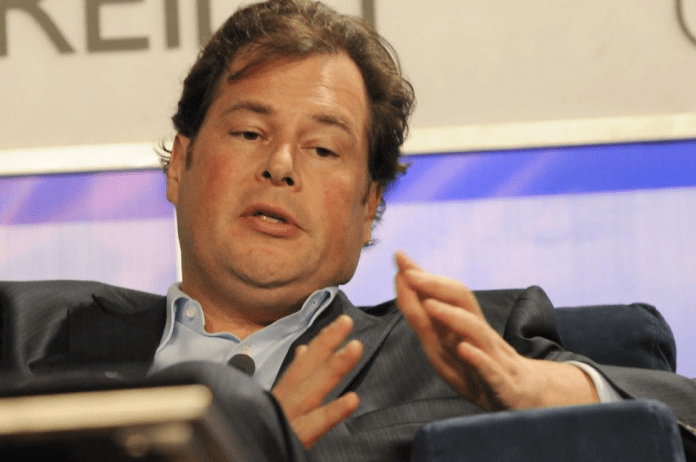 Slack is now Salesforce’s b*tch… really. Slack was just acquired for $27.7 billion and is Salesforce’s largest acquisition ever. Now Salesforce can finally achieve their dream of going head to head with Microsoft.

Salesforce has had a few acquisitions over the past couple of years, including MuleSoft for $6.5 billion two years ago and Tableau for $15 billion last year… so a $27.7 billion acquisition is a big win — not just for Salesforce but for software in general. The biggest one we saw last year was IBM buying Red Hat for $34 billion.

Slack should be pretty happy considering they’ve plateaued this whole year, even though their competitors have seen astronomical growth in revenue and demand.

They bought Slack with a combo of cash and stock where Slack shareholders get 0.0776 of Salesforce shares and $26.79 in dough. Stewart Butterfield, Slack’s CEO is all for the acquisition, saying, “Personally, I believe this is the most strategic combination in the history of software, and I can’t wait to get going.”

Stewie gets to stay CEO once the deal is over, but Slack will turn into an “operating unit” for Salesforce. We might see Mark Hawkins (the CFO) retire, but that’s only rumored for now.

Good ole Adam Nash is gearing up to hit 2021 strong with a new announcement that he’s started a new company… and has the funding to prove it. His startup is a consumer fintech company that Ribbit Capital and a few angels have already invested in.

He made the announcement on his personal blog (how sleuthy) and hasn’t said much other than it’s cofounded with Alejandro Crosa. Crosa’s a software engineer out of Argentina that’s had time at LinkedIn, Twitter, and most recently, Slack.

It looks like the two go way back from when Nash was the VP of product management at LinkedIn in 2007, one of the many big league brands he’s worked for (like NASA, PepsiCo, Apple, Trilogy… need we say more?).

Nash squeezed into the VC world at Atlas Venture a while ago, hopped around a few more tech companies, and then came back to the investing world in 2018 when Dropbox, his former employer, IPO-ed in 2018.

Nash is known for investing in LearnLux, Human Interest, and Wealthfront. This is the first time he’s started his own company, however, and we all know how tricky the journey is for first time founders. We’ll keep you posted on where this good egg, or potentially bad egg, is headed.

Playing It Safe Is a Setup for Disaster

Sure, 2020 probably scared you into playing it safe. We get it. Plenty of businesses have or will go down, but let’s be honest… regardless of the pandemic or government closures, a lot of times that was avoidable.

It’s called seasonal planning. Learn how to use it. Don’t let fear get in the way of the decisions that you’re facing right now, even though you want to. Why? This isn’t a normal recession. It’s, well… we’re not sure!

Reduce unnecessary costs, get leaner and get creative with how you can still make a huge impact in the lives of your customers and buyers. AKA don’t hoard, give, and give a lot.

Also, prepare for the end because it is in sight! When this is over, everyone and their mother are going to travel, go to bars, restaurants, overspend, overeat, the whole gamut! There’s also a huge opportunity to change your business model to work with the times.

Whether the pandemic has been “good” or “bad” for your business shouldn’t matter. Take a look at what isn’t working, what can be improved, and how you can innovate to benefit everyone involved. People are still spending plenty of money, maybe just not the way your business model is set up to receive it.

If anything, don’t sit back and wait for things to go back to normal. So create a plan before this year ends and don’t be afraid to take risks!

How are you pivoting for the future and taking risks in 2021? Hit reply. We’d love to know!