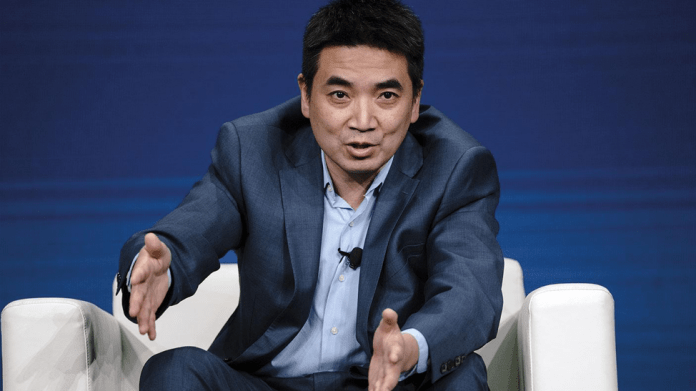 Video conferencing company Zoom, which already was doing well for themselves and IPO-ed last year, is now an icon and staple in households across the world (thanks to coronavirus). Their revenue is up by 367% from last year and the Zoom stock has skyrocketed by almost 500%. In terms of user base, their daily meeting participants was around 10 million last year, and by April 2020 it was 300 million. Talk about growth.

Yes, they’ve had a few security issues and a small settlement with the FTC who claimed they falsely stated Zoom offers end-to-end encryption.

Yuan said it wasn’t all cash flow and lollipops this year for the company. Their entire user base has shifted from enterprise companies to consumers, which is a biiiiiiig shift. On one hand, they were excited after years of hard work to pay off in such a big way, plus, feel like they’re helping the world stay connected during a crisis. But having an unexpected 30x growth rate is enough to make any CEO or employee shake a little.

But every day, Eric wakes up wondering what he can do differently each day, and whether or not a lot of their features are necessary from the consumer standpoint. His staff has grown by over 1,000 employees and the onboarding process has, of course, shifted to try to increase employee engagement and have an integral onboarding process that’s now completely virtual.

Yuan clearly keeps a level head and that’s what’s made Zoom’s growth this year sustainable. He doesn’t think Zoom will take a hit when the pandemic is over, however, because even when things can return “back to normal”, everything will still be hybridized. And business travel, Yuan predicts, will go out the window.

Rumor has it they might connect with AR devices soon, so those beach backdrops can become that much more real during your monthly review!

More news for the future of food and robotics, with Karakuri, a food robotics startup that just launched its first “robot” that makes automated meals. Plus, they just received $8.4 million from firstminute capital (which included UK government-backed funding).

Karakuri is a bit more robust than some of the other food robots we’ve seen (like Domino’s pizza makers). They first designed the DK-One robot to make breakfast bowls, but now their tech is headed for restaurants, hotels, canteens, and potentially supermarkets and vertical farms. The good thing about DK-One is that it is programmable for “personalized nutrition” or tailor made, specific food combinations.

Poor jokes aside, the robot is extremely clean and efficient compared to humans, which it aims not to replace, but help out. Who wants to do the low paying, boring, monotonous jobs that a robot could do in the kitchen? No one.

Also on DK-One’s list is maximizing nutritional benefits, increasing restaurant performance and decreasing food waste. By mid next year we should see the robot in full swing action. Sounds right up the dieter’s or health guru’s alley because along with the tailor made food comes the ability to track ingredients, nutrients, calories, minerals… everything. The health nuts are going to freak.

Restaurants will love it as well because by minimizing food waste, they’ll save lots of money and with the accuracy of the robot, they’ll minimize the risk of food safety issues.

All thanks to the pandemic-driven boom in e-commerce. Flexe wasn’t planning on raising more capital, but just announced their Series C round that raised $70 million, bringing their total funding up to $134 million. Investors want to fuel this bad boy up, especially since use of their “warehousing-as-a-service” is up by 50%.

It’s all thanks to the 36.7% increase in e-commerce sales and, for example, the largest online sales day in history — this past Cyber Monday. Flexe is a marketplace that helps companies buy space in warehouses on an on-demand basis, rather then coughing up millions for a long lease with a warehouse just for them.

Flexe is already used by giant companies like Walmart and Staples and they’ll probably see more hop aboard as struggling brick-and-mortar businesses turn to e-commerce as their solution. If your company is already struggling, it’s a huge sigh of relief to only have to pay for what you need when you need it, rather than locking yourself into a huge commitment.

What other companies do you see joining a warehousing service like this? Let us know by hitting reply!