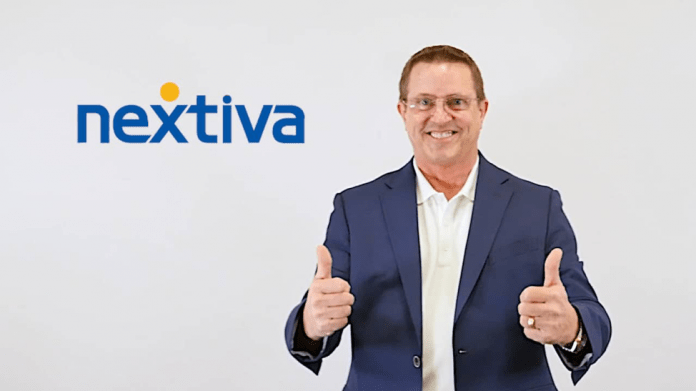 Ever heard of Nextiva? Nextiva is a B2B platform that brings phone lines, video conferencing, CRM and team collaboration all under one roof. The company has made over $200 million in revenue all without any venture capital funding… period. Which is quite shocking, since most companies of this size and other leaders in the B2B world have hit unicorn status.

Tomas Gorny is the genius behind this successful venture, who got his start in the tech world during the dot.com era in 2001. Feeling experienced enough after working for a web development company that got bought out for $1 billion in 2007, Gorny decided to start Nextiva in 2008. Roll your eyes… Gory calls Nextiva a “UcaaS” company which stands for unified communications as a service. Side note: can’t we just say service provider or does everyone have to be an “aaS” nowadays?

Gorny grew Nextiva to $40 million ARR which is where they decided to quit integrating with other softwares and just build their own damn platform. Smart move. The company scaled once they added all other necessities for their companies to manage customer relations and analyze results. That cost Nextiva $100 million, but they were still able to scale to $100 million ARR by 2016, and now $200 million ARR in 2020.

Again, all without VC. Tomas says he’d still do things the same way if he had taken up funding, so it clearly wasn’t a hindrance without it. The company has been growing steadily by 30% a year which smells like an IPO coming up, as long as their actual cash burn isn’t a sh*tshow.

Founders Get Rich When Their Companies Fail

Okay, most of you reading that know that’s practically a lie, or least it has been until FounderPool came along.

FounderPool is a startup for startup founders and is taking away the financial plight it takes to bootstrap your business. Instead of throwing your life savings away and being completely screwed if your company doesn’t take off, FounderPool will let you spread your financial risk across several startups (ideally ones that are positioned to hit big) and not have to put cash upfront.

Basically, members hold equity in all the other founders’ startups in their selected pool group. The catch is each member doesn’t take a direct ownership interest. It’s a model for startups to help other startups succeed, while diminishing the risk startup founders take financially. George Burke, who’s the COO, calls it “insurance for startup failure.”

A founder can add to the pool up to 5% of their share in their own company (excluding additional stock). This isn’t just for anyone, though. All applicants have to be interviewed by the team and go through round robin calls by the founders in their potential pool.

This model will ideally help other entrepreneurs get honest, straight up feedback from their peers and competitors, and create more skin in the game for the startup community. Because let’s be honest… the big boys in tech aren’t making it any easier for smaller startups to innovate, grow, scale and compete.

The platform has 300 founders so far and clearly the risk of giving up their equity is worth it. FounderPool also uses AI to look at the data pool from all startups and try to eliminate biases.

Elevating the New Standard for Eggs

Vital Farms has a story for the books and starts out with founder (and serial entrepreneur) Matt O’Hayer, who was stuck trying to decide what to do next with his life after spending five years chartering a catamaran with his wife, going back and forth between Maine and Grenada. He went on a diving trip with a lil’ ole friend named John Mackey (y’know, the CEO and cofounder of Whole Foods) and the two bonded over eggs.

At the time, Mackey was trying to make the animal welfare standards at Whole Foods much better and had just invested in a hen laying production, hoping to see chickens roaming free in the great outdoors instead of being force fed corn in cages… and wouldn’t you know, O’Hayer had a history selling eggs and raising chickens in his backyard!

O’Hayer’s next move in 2007 was to buy 20 hens and 27 acres of land in Austin, calling it Vital Farms. He’s still there today, which is a bold move for someone who was always focused on the exit in all his other startups.

It took him 13 years, but Vital Farms now makes $140 million ARR and IPO-ed this July for $1.2 billion. On top of it, the mission behind his business model is a success. They’ve scaled more human practices for hens and the eggs are *supposedly* better tasting… plus, it helps create a viable business model for farmers.

Have you been more focused on your exit with startups, or are you in it for the long haul? Hit reply and tell us where you’re at!