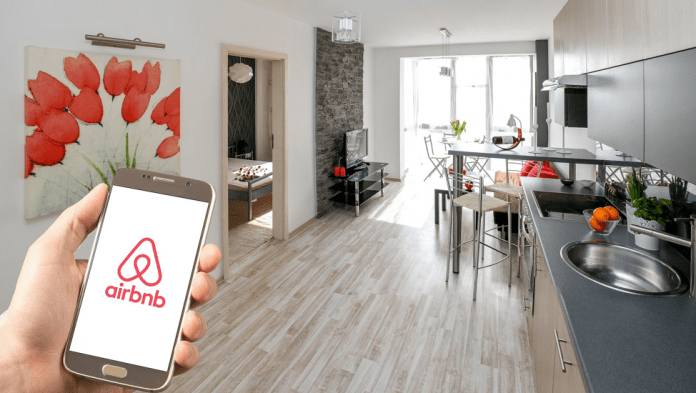 Why? Well, it looks like they just increased their expected IPO price by almost $10-15 dollars per share. Originally, their expected share price was between $44-50, but they have increased to $56-60. Might not sound like much, but that ups their possible market val into the $35-$36 billion range… some are even saying $42 billion.

On top of it, they’ve decreased the number of shares they will IPO with around 52 million. Airbnb is still offering 50 million shares… that hasn’t changed, but the number of shares selling shareholders are offering is what’s decreasing. Regardless of that, it looks like investors are really ready for this IPO and the demand is pretty high.

It’ll be an interesting watch to see how this IPO goes considering, for example, Renaissance’s ETF IPO has gone up by 109.2% this year (I mean, for 2020, that’s pretty amazing) and the S&P 500 had a 14.5% increase. Keep your eyes peeled for what happens on December 10th when the IPO hits the exchange.

Aurora Gets a Christmas Present from Uber

Wait, which Aurora? Aurora Innovation, the startup that’s in the autonomous vehicle game and has backing from none other than Amazon and Sequoia Capital. Aurora is snagging Uber’s self-driving unit (Uber ATG), but they don’t have to pay for it.

Say what? The deal’s kinda complicated, but Uber is taking out their equity in ATG and investing $400 million of their own into Aurora. This gives Uber a 26% stake in the (soon-to-be) combined company and might raise the valuation to $10 billion.

What’s happening with those shareholders then? Uber ATG shareholders now get to become minority shareholders in Aurora, and Dara Khosrowshahi, Uber’s CEO, will have a seat at the board after Aurora’s expansion.

We don’t hear much about Aurora, but they’re kind of leading the game in autonomous vehicles, especially with their big-name backing and three founders who have been in the industry for years. We’ve got Chris Urmson who was the lead of Google’s first self-driving project (before Waymo’s time), Sterling Anderson who led Tesla Model X’s development and launch, and Drew Bagnell, who helped launch Uber into autonomy in the first place.

Aurora will probably love the new relationship with Uber ATG’s investors most, not their tech.

This Is Taking Working Out Too Far

Even people that claim to love working out secretly hate it, amiright? It’s a necessary evil. But now Quell, a startup out of London, is turning at home fitness into a video game. Ugh… is this really going to take off?

Well, they’ve got $3 million in seed funding to try, at least.

The core “game” of Quell is called Gauntlet. It’s a harness that “players” slip on and use their bodies to control the game. You can punch, jump and dodge your way through the game and Gauntlet has built in sensors that can measure the speed and accuracy of your punch (sh*t…) and resistance bands for a deeper challenge.

Of course with the pandemic and gym closures it’s perfect time for Quell to get game players ready.

The hardware is still being built, but will work with Macs, PCs and mobile devices.

Yeah, that means you can’t play it on your TV. Which hopefully they will change because that’s the most ideal and user friendly scenario.

The company is also building out their own game studio in house and creating more games that help users get so immersed in the game, they’ll work out hard core without even thinking about it.

Would you play something like this to reach your fitness goals? Hit reply and tell us!