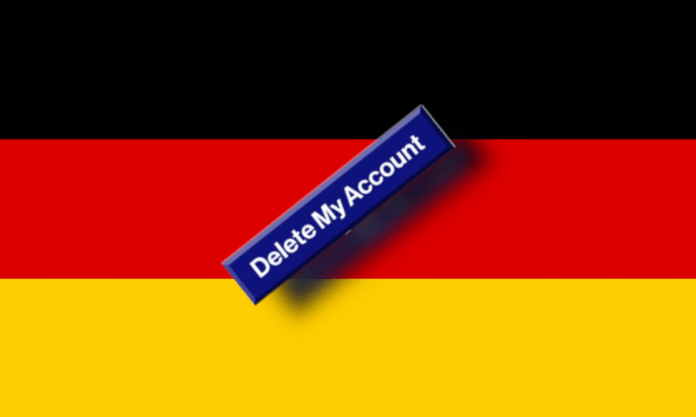 More bad news for Facebook this week (or should we say this year). Not only were they hit with an antitrust lawsuit from 48 US attorneys generals across 46 different states yesterday, now Germany is after Facebook for the way they connected Oculus, Facebook’s VR device, to a user’s Facebook account.

Everyone that was a fan of Oculus was up in arms this summer when Facebook announced that they would stop supporting Oculus account users who didn’t connect their device to their Facebook profile in 2023. Not surprisingly… I think we all know Facebook wants everyone and their mother to practically live on their platform. Oh, it won’t be called Oculus anymore either, it’ll be called Facebook Reality Labs.

Just for some backstory, Facebook bought (what is now Oculus) in 2014 for about $2 billion and last year all of Oculus’ original cofounders left.

Facebook wants to make VR a social shenanigan… as if seeing Uncle Jeb in bumf*ck nowhere post crappy photos of his garage isn’t enough, we need to actually experience it in virtual reality! Yay!

Back to Germany — their Federal Cartel Office (also known as the Bundeskartellamt) announced they’re moving ahead with “abuse proceedings” against Facebook. The Federal Cartel Office already has a separate “abuse of dominance proceeding” going on about how Facebook utilizes user data to do ad profiling. The FCO is calling Facebook out on this for abusing their market dominance (what’s new).

What’s Facebook’s defense on this? That all of this will lead to an increase in their user’s privacy. Ha!

Regardless of your opinion on healthcare laws, Cityblock Health is getting loved on by investors for their services targeted towards low-income communities. The company just reached an over $1 billion valuation after a new round of $160 million led by General Catalyst (a new investor for Cityblock).

What does Cityblock actually do? They connect with lower-income community caregivers and licensed clinical social workers who act as the middleman between the company and the community’s residents. They offer general, primary care, behavioral health care and plenty of other services primarily over virtual consultations (now), but will return to in-person as it becomes a safe option again.

Cityblock is a brainchild from Alphabet’s Sidewalk Labs, so it is no wonder they’ve got other VC bigwigs like Maverick Ventures, Kinnevik AB and Thrive Capital. The name of the game for Cityblock is to take the cost of healthcare services down to an extremely low and affordable level. With their new cash and high val, they’re expanding nationwide, focusing on Medicaid-eligible communities and growing their team.

Do you think we should have more affordable healthcare initiatives like this? Hit reply and tell us your opinion!

Don’t Make All Your Employees Quit

Because if your virtual holiday party is even worse than your IRL one is usually, you might be entering 2021 with an empty staff and a whole lotta work on your hands. All jokes aside, if you’re gonna do a holiday celebration with your team, make it worth everyone’s while. We’ve all been dealing with too-long of hours (yes, even while everyone is WFH), one too many Zoom meetings, and a rocky relationship with this year’s “holiday season”.

Take Cassi Hansen’s advice. She’s the Vice President of people operations at a company called Nerdery and has hit the nail on the head with networking and team-building events. Hansen’s been getting creative with how she engages the team virtually (Nerdery currently has 250 employees). Halloween this year involved a costume contest, and quarterly, all-staff meetings have had a virtual red carpet event. They’ve even mailed a cocktail making kit to everyone attending a cocktail hour.

Interactivity is key. Trivia contests are great along with raffle-style giveaways. If you’ve got the budget for it, go all out and give your employees the same “wow” factor they’d have at your in-person event. Reddit normally sends hundreds of their staff on a trip for a few days, but this year they paid for celebs like Trevor Noah and Janelle Monae to host interviews with their staff.

Remember the state of mind everyone is in. That being said, the less conventional, the better! If you’re asking team building questions, empower employees to truly share their story… don’t just ask the cut-and-try basics. Want to get rid of Zoom? Try something like Go Game, a startup from San Fran that has a remote scavenger-hunt style game. You don’t need to stress about the event, but put that extra thought and creativity into it. Worst case scenario? Survey or interview everyone about what they would want!

Or just ship people booze. That usually wins everyone over.