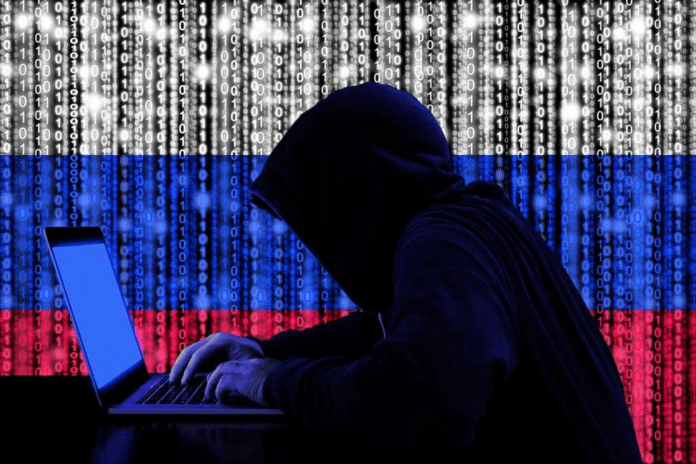 Bad Jewish jokes aside, the US Treasury department, US Commerce department, and a few other federal government agencies aren’t laughing thanks to a cyber breach last week. The government had their computer systems hacked supposedly as a part “of a widespread global cyber espionage campaign” they think is the handiwork of Russia (per usual).

Is there any important US intel that Russia doesn’t have now?

This is somehow tied to FireEye’s hack last week and is being called a 10/10 on the scale of one to holy hell this was the hack of the century. Yes, it was that severe. The Commerce Department has released a statement that they’re working with the FBI and their National Telecommunications and Information Administration was specifically hacked. This is the unit that focuses on technology policy, something we’ve been very focused on as a country lately.

How’d the hackers get in? Apparently it all started with SolarWinds Inc, a network management company based in the US when they did a software update that was malicious. SolarWinds has over 400 customers who are Fortune 500 companies and over 300,000 across the globe. They also work with the US Defense Department, the Federal Reserve, the Secret Service, and the National Security Agency.

On FireEye’s side, they’ve seen the damage to customers around the globe from this hack in all industries. This hack was similar to the more sophisticated ones we’ve seen lately called “supply chain attacks” where hackers find one tiny vulnerable “hit spot” in a commonly used product or service so the hack can work rapidly, spread to victims around the world without being noticed quick enough to stop the damage.

The SVR, Russia’s foreign intelligence service, is currently the target suspect of FireEye’s hack. This is the same group that was blamed for several government hacks when Obama was in office.

The Adult Version of Club Penguin

If you don’t know what Club Penguin it is, it’s an online, free MPG world made from Disney Canada way back in 2005. Apparently, the general public likes to pretend they’re a bunch of penguins because by 2007 it had 30 million users. Taking that same idea, Cosmos Video wants to make a “Club Penguin for adults”.

Since virtual socialization and interaction is now the thing for all ages, it makes sense. Plus Cosmos Videos already is a virtual venues platform, so they’re kinda made for this sort of thing. When you’re on their platform, you can create a virtual venue that’s 50% gaming and 50% video chat.

The whole idea is to bring back those serendipitous, random, in-the-moment interactions that only happen IRL. You can still work with your colleagues on whiteboards, Google Docs, or Figma (it’s not all fun and games on Cosmos), “sit around a table to chat” or play board games virtually.

Philipp Moehring of AngelList, Omid Ashtari, ex-president of Citymapper, and LocalGlob just contributed $2.6 million in seed funding for Cosmos Video. Plenty of companies are already using the platform (which is in private beta) to host their offices virtually, social events, meetup groups and their annual Christmas parties.

With so many of these virtual platforms coming out, we’ll see which ends up becoming the next Facebook or YouTube of VR community, events and interactions.

Who do you think is in the lead? Hit reply and tell us!

The Secret to Happiness

Sick of working from home 24/7? Miss your hour long commute, stuck in traffic, listening to NPR, yelling at the motorcycle weaving in and out of cars? Reminiscing over your last late-for-work speeding ticket? Hate working at home with your spouse?

There’s a secret no one’s talking about and that’s “fake commuting”. In all honesty, it sounds stupid. People are carving out time before work or after work to go for a drive or walk to get that “me time” in that you used to have on your way to and from work. It’s a barrier between work, the outside world, your social life, your home life, your family… everything. It’s just you, your podcast, coffee, and no one else.

Okay, can’t we just call it me time though? Not necessarily because (let’s get real) the boundary between work and personal at home is practically non-existent. How many times have you snoozed through your alarm and grabbed the laptop off the floor next to your bed and stayed in PJs all day while working? Don’t worry, we know it’s too many times to count.

This isn’t a replacement for your nightly glass of wine or watching The Undoing, it’s about “erecting necessary personal boundaries that allow a person to separate family life from work life from reward time and friend time,” clinical psychologist Dr. Jeannette Raymond says. She’s the one that came up with the “fake commuting” thing for her clients.

What are you doing to enjoy guilt-free “me time” and setting up boundaries between work and personal life? Hit reply and let us know… we could use the pointers!