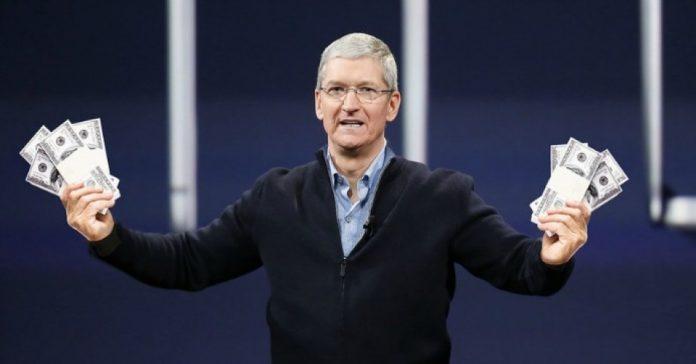 Musk is a little offended. Not only is Apple still moving forward with their electric car program, but in the “darkest days of scaling the Model 3 production”, Musk had asked Tim Cook, Apple’s CEO, if he wanted to acquire Tesla.

What did Cook do? Laugh in Musk’s face! Well, basically. He refused to take the meeting.

But even though Apple’s Project Titan was formerly reported to be dead in the water, the project is alive and kicking with plans to release an electric passenger vehicle alongside automated vehicles in 2024.

There isn’t much else to go off of as far as Apple’s plans to get there, but they are buying a lot of auto parts and car components from Taiwan. This isn’t the autotaxi route some projected Apple would go.

Even more interesting is the head of Project Titan, Doug Field, had a short stint at Tesla in 2018. Sneaky? Shady? Smart? Not sure.

This is all happening as Tesla’s stocks skyrocket, with the company being worth over $600 billion, and Wall Street analysts having no idea why.

Make Them an Offer They Can’t Refuse

Optimizing and figuring out the right way to get buyers to buy is a challenge for any business, but what if you could show specific buyers the offer you know they want? Bandit ML is a new kid on the block (with a ton of ex-Uber employees) that helps e-commerce companies analyze which product or offer will be the most buy-worthy to specific shoppers.

For example, one buyer might find a free shipping offer a no brainer while another is excited about a $10 discount, and another doesn’t give two sh*ts because they just bought out half your store. Yes, there is some discount optimizing software out there, but Bandit uses Amazon-worthy machine learning.

You can optimize for long term or short term metrics, like over a 90 or 120 day period, instead of just focusing on a one-time only redeemable offer. Of course Bandit is focused on Shopify, but they do have support for other stores.

What do we like about Bandit? That they’re focused on helping small businesses and startups compete with the likes of Walmart, Amazon or Uber. Saddle up, Bandit’s coming!

Do you use a discount optimization software for your e-commerce business? Let us know by hitting reply!

No Smooth Sailing For EdTech

Has edtech had their moment this year? Absolutely. Does that mean edtech companies can just sit back and ride the ride? Absolutely not. The post-pandemic era IS coming and they need to think strategically to stick around long-term.

Let’s give them credit, though. These companies were typically undervalued in the investment world, but this year finally caught VC-ers eyes. Fresh investment in hand, they had to quickly pump out solutions for a variety of audiences and users, and it has been working, but there’s major room for improvement. For example, do four-year-olds really know how to mute and unmute themselves? Not usually.

Also, offering the platform for MOOCS (massive open online course providers) is great, but it doesn’t create effectiveness (aka people sign up to learn, but aren’t actually learning). Take Sketchy for example. They let learners skip the textbook and notecard section of a course and watch an animated video instead, something most other platforms don’t offer. This is where the wider, long-term thinking comes in because Sketchy is taking into consideration students who learn better through other avenues.

Even Codeacademy’s founder Zach Sims thinks startups that will do great in this space are the ones “using interactivity and technology to create an educational experience you just couldn’t have in the classroom.”

What’s your opinion on the future of edtech? What sort of innovative ways of learning do these companies need to be creating for long-term success (on all fronts)? Hit reply and tell us!

Alternus Energy harnesses the power of the sun to play a leading role in...