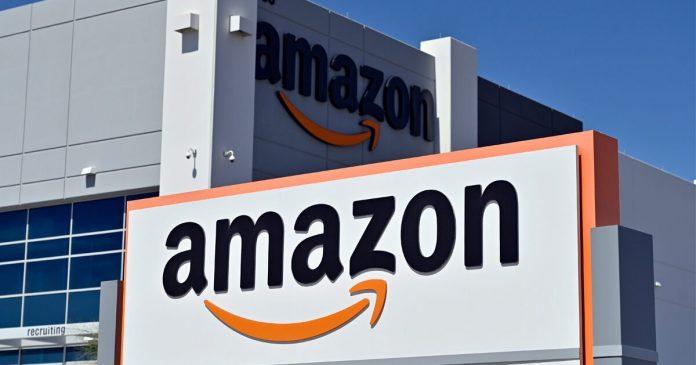 Doesn’t really make sense, but Amazon made an announcement yesterday that they are acquiring Wondery, a podcast network. If you’re a podcast guru, Wondery has shows on its platform like “Dirty John” and “Dr. Death”. The platform is going to integrate with Amazon Music which only recently added podcast support and original shows back in September.

All sorts of media companies are diving into the podcast game… Do they think we’re tired of watching screens all of the time? We’re kind of seeing a trend towards audio lately, especially with the extreme popularity the Clubhouse app has (even though it’s still only in beta). Amazon is late to the game on this one though, just like they were with Prime Video.

The good news for Wondery is they “will be able to provide even more high-quality, innovative content and continue their mission of bringing a world of entertainment and knowledge to their audiences, wherever they listen” with Amazon Music… says Amazon.

The Wall Street Journal reported acquisition talks were around $300 million not too long ago, but we don’t have any official details just yet. Wondery has been around for four years and was founded by Hernan Lopez. Y’know… the former Fox exec who’s in hot water with the feds for corruption charges during his time at Fox.

Do you think Amazon has a fat chance at upping their podcast game, or is this another weak attempt at trying to conquer every damn industry? Hit reply and give us your two cents!

Small-Biz Owners Can Finally Step Up Their Game

At least when it comes to marketing. Who needs a production company, a videographer, or a professional camera when you’ve got Biteable, an online video platform that lets users create professional-looking videos. They’ve got a slew of templates, images, and animations, kind of like Instagram filter apps but for video. The startup just raised $7 million in their Series A and is ready to duke it out with competitors like Adobe, Canva, and Vimeo.

Sure, businesses can make cute, quirky, or half-a** videos on social media, but they’ll always need more polished and professional-looking ones. We’re clearly in an era that’s obsessed with video, and now that the whole world is used to Zooms and Looms and baby boomers looking for their mic on video calls… It’s the natural progression for tech to help small businesses present themselves professionally on video.

The company was founded pre-pandemic in 2015 by Tommy Fotak, James MacGregor, and Simon Westlake out of Australia. The trio was working for companies that needed explainer videos, cased studies, and advertising material, and then it dawned on them what an opportunity there was in the video creation market. Sure, there’s plenty of drag-and-drop web builders out there, but for video, there aren’t the same options.

They’ve already got users under their belt from Microsoft, Disney, Amazon, Google, BBC, Salesforce, and Shopify, but no official contracts yet. But with a freemium business model, 7 million users, and $7 million in fresh cash, surely Biteable is off to the races in 2021. Who knows, maybe software like Adobe will become extinct and Biteable will be the one to take over.

Imagine a World With 50% Less Traffic

Oh, wait, coronavirus has kind of helped with that. But it’s not completely that way across the world, which is something Electric Assisted Vehicles believes they can do. The company just launched a zero-emissions taxi that will cut traffic in major cities and metropolitan areas in half by 2025.

The cab is funky looking, for sure. It’s small, lightweight, and is almost a vehicle-bike hybrid. Yes, the car would actually be allowed to drive in bike lanes and regular car lanes.

EAV was founded by Adam Barmby and is out of the UK, where 65% of “private hire vehicles” (aka taxis or Ubers that aren’t shared with other passengers) only drive a passenger five miles or less. The country (and many others) are clearly in need of a solution to single passengers hailing a ride in a small vicinity. Plus, the roof is made of a solar panel unit.

Even if people aren’t a fan, they won’t have much of an option in the future because (at least in London) many taxis and ride-sharing vehicles won’t make the cut for ultra-low emissions zones unless they pay a huge fine.

Do you see this being the next wave of vehicles to hit the US? Let us know by hitting reply!