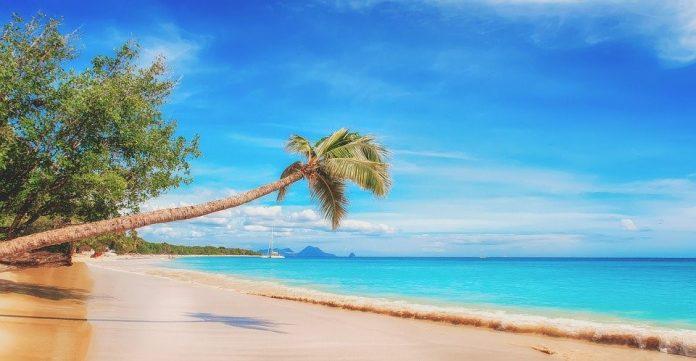 76-year-old Julie Lea and her 50-year-old husband Doug Lea have been retired for the past decade or so, living on the Caribbean island of Bequia since 2005. And the best part? They are able to live a rather lavish lifestyle on a measly monthly budget of just $2,000-$3,000.

MarketWatch profiled the couple, noting the following details on how the couple is able to make this arrangement work:

Not my ideal way of living an abundant retirement, but obviously it works out well for them and the couple don’t regret their decision to permanently move to Bequia.

But I’m curious to know: Would YOU be happy with a retirement arrangement like this? Why or why not? Reply to this newsletter and let us know what you want in your ideal retirement spot!

From Now On, Your Baggage Will Be Handled By Robots…

Are you sick and tired of incompetent airline workers handling your valuable checked-in luggage whenever you fly somewhere? Frustrated at having to deal with missing luggage once you arrive at your destination?

Those problems may now be a relic of the past, thanks to new efforts being made in Krasnodar, Russia. According to SimpleFlying, your baggage could be loaded by robots in the near future:

“Krasnodar International Airport is planning the use of robots to help automate the baggage picking and loading process. This initiative will, in turn, lessen the chance of human error, minimize loss and damage, and reduce the time required to load and unload aircraft..

“…Along with the reduction of manual processes, these robotics will allow airports to cut costs due to less risk and delays… by 2023, Krasnodar International will have a new terminal that will more than double its capacity.”

Here is how the robot will work, according to Alexei Novikov, the deputy CEO for Anapa Airport:

“The robot is basically a manipulator hand-fitted with cameras, bar code scanners and other detectors. It is designed to be used with aircraft as well as inside the terminal. The key feature of this robot is that instead of using a mechanical ‘claw’ to grab onto luggage it uses a system of vacuum caps. This minimises potential damage to luggage.

The first prototype is capable of lifting up to 42 kg and loading one piece of luggage every 40 seconds, stacking them in a specific order according to the size and form. The robot is also capable of reading bar codes and deciding on where exactly to put luggage.”

Fascinating stuff! I just hope the installation of these luggage-handling robots doesn’t come at the expense of full-time airline workers who are already worried about their future job prospects…

Airline Ticket Sales Are Going UP!

Despite the looming possibility of vaccine passports, travel restrictions and mandatory COVID-19 lockdowns, nothing is stopping travelers from seeing what the world has to offer.

“For the third consecutive week – no doubt boosted by the holiday time period – airline ticket sales were up compared to the same time period last year, according to the Airlines Reporting Corp. (ARC).

The transaction count for the seven days that ended Dec. 27 was down 63.8 percent from a year earlier, an improvement from the 66.1 percent year-over-year dip in agency ticket transactions for the week ending Dec. 20.

While still way off from 2019 numbers, the nearly 64 percent reduction is the best number achieved by travel agencies since the COVID-19 pandemic began.”

So in a sense, the demand for travel has not died off despite all of the official warnings from health authorities around the globe. People are beyond fed up with having to stay cooped up in their homes and remain robbed of their ability to exercise their freedom to move.

It’s a good start to 2021, and I seriously hope this momentum will continue for the rest of the year. Maybe, just maybe, airlines will be able to survive without having to lay off thousands of hard-working employees if they don’t get another billion-dollar handout from the government…