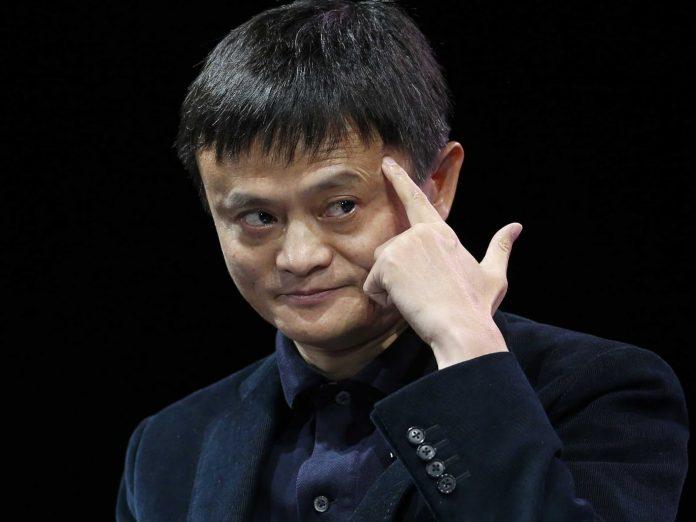 Good ole Jack Ma is using his billions of dollars to hide from his inevitable government trouble. Ma is the founder of China’s Ant Group and Alibaba and has been “missing” for two months, coincidentally after the Chinese government has cracked down on his companies.

China’s regulators are doing an antitrust investigation with Alibaba (China’s biggest e-commerce company aka China’s version of Amazon) and two, new regulations went into effect in November that halted the highly awaited IPO of Ant Group.

Also not surprising, those new regulations appeared after Ma was talking smack about China’s financial regulatory system. He called it an “old people’s club” and that “we can’t use yesterday’s methods to regulate the future.”

China didn’t like that and put the regulations into effect specifically to assert their supremacy over Jack. Joke’s on Ma, huh?

Even better, Africa’s Business Heroes, a talent show Jack founded, booted him out of his position as a judge on the show.

Ma’s been China’s richest man with a net worth of over $60 million for quite some time, but over the past two months, $12 billion of that has taken a hit thanks to new rules for the Chinese financial technology industry. That knocked him down to fourth-richest person in China… maybe that’s why he’s in hiding? Licking the wounds of his ego?

The cherry on top is that China ordered Ant Group to tone it down with their operations because of corporate governance concerns.

Can Ma out-beat Bin Laden’s length in hiding? The clock is on.

Carbon Is Out of the Game

Thanks to a $50-million raise for Boston Metal. Who knew that steel production makes up about 8% of the emissions that create global climate change? Sounds like an industry that would want to… you know, get on that. Apparently not, though. It’s one of the most stubborn and resistant industries to decarbonization.

Boston Metal was once backed by Breakthrough Energy Ventures fund (previously funded by Bill Gates) and is now up to $60 million in funding to expand operations.

Boston Metal uses MOE (molten oxide electrolysis) to create steel alloys and (hopefully) emissions-free steel. Basically, instead of using coal, they use electricity. Their long term goal is to license its technology and sell those components to engineering companies and steel manufacturers, otherwise, the global steel industry could lose about 14% of its value.

Do you think the steel industry and other emissions-heavy manufacturing verticals will start to turn a new leaf? Hit reply and tell us your opinion.

Convenience Has a Price

Sure, is it convenient that restaurants can serve more people and we can get basically any meal we want, from wherever we want, thanks to companies like GrubHub and Postmates? Yes, but does it eat away at restaurant’s profits (something they’re desperately hanging on to thanks to the pandemic)? Absolutely.

Nabeel Alamgir, one of Forbes “30 under 30” and the former CMO of a casual dining restaurant, is helping restaurants take back their digital sales. He funded Lunchbox in 2019 to help independent restaurants and small chains provide online ordering and increase sales without having to depend on third-party delivery companies that charge huge commissions. On top of it, those delivery companies don’t share their customer data. So sure, the restaurants get to bring in a few sales, but the ROI isn’t worth it.

Not only that, these businesses can’t afford their own I.T. department to transform their online ordering experience, much like Sweetgreen, Chipotle Mexican Grill and Panera Bread have done.

Lunchbox moves fast, too. They helped certain clients add curbside pickup features within 16 hours of the pandemic shutting down NYC. After the build out, clients just have to pay a $200-$300 per month service fee. The company can actually integrate with Postmates and DoorDash if a company wants because, let’s say, they can’t afford to offer the last-mile delivery service. Most importantly, this helps restaurants take back control of their customer data which can only further help them retarget, market and improve their products and services.

N Brown trading in line with expectations as sales improve