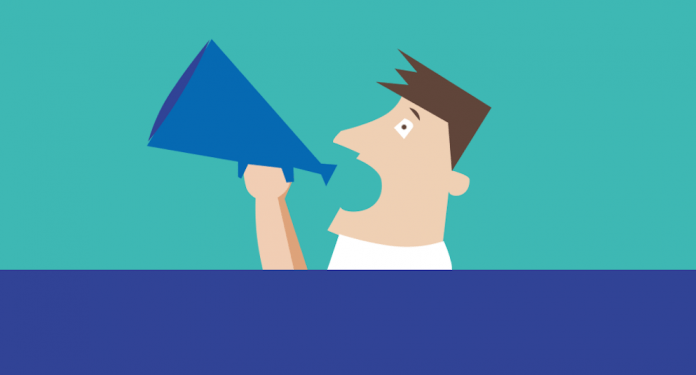 Just like the angry dad who slams his fist down on the dinner table and orders everyone to their room, Facebook has had it with the US political campaigns and the hot water it puts them in. Facebook announced that after yesterday’s Georgia polls closed they would no longer allow any political OR social-issue ads to run anywhere in the US.

The political one isn’t a surprise, but the social issues one is sure to cause a ruckus.

We saw Facebook first draw a line in the sand on November 4th of last year, pausing political and social issues ad campaigns as a precaution to help end the spread of misinformation about the US election. By December 16th, political ads were turned back on, but only in Georgia. The only problem was that this pushed out mainstream news sources, making it one big propaganda-schmanda that we’ll finally see stop.

Just because politicians can’t run ads anymore doesn’t mean that a) Facebook users themselves will do a good enough job posting, sharing and screaming to their followers, and that politicians won’t still push hard on fundraising.

Be honest, do you think it truly even matters whether or not political advertising is allowed on Facebook? Hit reply and give us your true thoughts!

Convenience is the name of the game, amiright? Something that’s never been convenient OR efficient is picking up a rental car. I mean, how are you supposed to get there, first of all… and second of all, the drop-off rules and regulations are tedious!

Ludwig Schoenack, Francesco Wiedemann and Nikolaus Volk started to see a trend in the market two years ago when everyone was hopping aboard the e-bike and e-scooter train.

But, there was a gap in that market for people who didn’t want to own a car but needed one for a few days or weeks. Their only option was going to a rental car center which is typically outside the center of a city or at an airport. Not convenient.

The trio (all originally from Germany) all have experience at Uber, BMW and McKinsey and know what goes into providing a valuable transportation experience. They decided to create Kyte, a fleet-logistics platform, where a customer can rent a vehicle on the app and get it delivered by a gig worker. Have a car delivered to your house, work, or wherever you want, really.

Plus, Kyte deals with the pickup and refueling (without an extra charge). We likey, and investors do too. DN Capital and Amplo VC just poured $9 million into the startup. There were a few Uber and Lime execs that handed over cash too, so clearly the heads of this industry see this as a viable solution.

Kyte’s currently trying to expand out of San Fran into Washington DC and continue their growth wave of 400% monthly revenue.

Would you use a service like this? Hit reply and let us know!

We saw a record number of startups IPO in 2020. How many? 442 as of December 14th. It was a big year for startup founders and a volatile one for the markets. We should be pleased, right? Yes, until you realize only five of those IPOs were founded and led by women.

Okay, okay, that doesn’t mean there haven’t been more women to take companies public though, right? Wrong. In all of total history, there have only been 20 women to start and lead a company into their public debut. And the number of companies that went public with female CEOs who weren’t their founder totals to nine. So, not a big difference.

Is it a startup issue, a women’s issue, or a little bit of both? Well, we know gender equality is an issue on the top of everyone’s minds lately and studies show women are getting stuck in COO positions and only 7% of Fortune 500 CEOs are women. On top of it, only 13% of all VC decision-makers are women with only 2.7% of venture capital going to companies with female founders in 2019.

Talk about shocking. Some female CEOs, like Rent the Runway’s Jennifer Hyman, and The Real Real’s CEO Julie Wainwright, believe the stipulations and expectations placed on women founders who receive funding are tougher than male counterparts.

What do you think the startup and entrepreneurship space needs to do to help more women succeed? Hit reply and give us your opinion!