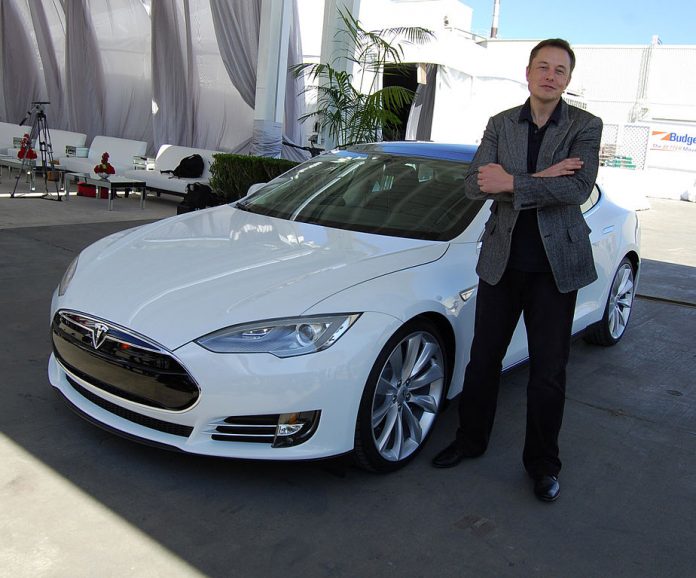 Move over Jeff. Elon Musk just took your place as the richest person in the world. It’s kind of a big deal considering only three other people have held that title in the last 20 years. Also makes sense why Musk has been making so many moves selling shares… maybe he was trying to hit this goal.

Tesla, Musk’s company, has been doing pretty good the past year as well with an increase of 830% in share prices.

Jeff’s title as world’s richest was short-lived. He only held his #1 spot for three years.

How much is Musk worth? Just $188 billion. NBD. Tesla shares have still been climbing since the announcement by almost 5% overnight. Musk, in his typical, elusive fashion, hit Twitter after the announcement to say, “how strange” and “back to work”. It’s okay to humblebrag, Elon.

No one is surprised Elon hit this benchmark, just at how fast it happened. Looking back a year ago, Musk was pretty low on the “world’s wealthiest list”, but thanks to share prices going through the roof for Tesla (Musk holds 20% equity), his net worth grew by $150 billion.

Our question to you is, do you think this will last and how long? Hit reply and give us your real opinion!

Portugal Is the Next Startup Hot Spot

Or at least it is gearing up to be. The startup scene in Lisbon, Portugal is growing like crazy and the city is positioning itself as Europe’s tech giant. It’s still in its “early phase”, but there’s a high-quality talent pool available at competitive pricing, a trend of launching products globally from the start. Most founders are highly educated and a large amount of talent is English-speaking (unlike in Italy or France).

We haven’t seen too many exits there, however, and there isn’t much talent in the sales and marketing department. But digital nomads (pre-COVID) were flocking to the city while we saw plenty of SaaS and enterprise startups appear.

A lot of refugees from the UK and Brexit are relocating to Lisbon, too. They have beaches, for one, and taxes that prefer startups. It’s fairly easy for non-EU residents to get a startup visa or golden visa, while early-stage Portuguese companies are raising money on a global scale.

Compared to 2016-2018, there’s a lot more VC capital available domestically, which makes sense because some of Lisbon’s stars (Talkdesk, Outsystems, DefinedCrowd, Farfetch, etc.) have attracted a lot of international attention.

The government even passed initiatives like Startup Portugal and a 50/50 matched funding agreement. Outside of the star unicorns mentioned above, there’s plenty of up and coming companies like SWORD Heath, Vawlt, Lovys, LegalVision, Kitsch, Didimo and kencko.

What other cities across the globe do you see rising in popularity for the startup scene? Hit reply and tell us!

Event startup Hopin is already worth $2.1 billion and they’re only a year old. Yes, they’re another one that saw massive success thanks to the pandemic and events needing to pivot to the virtual landscape. Conferences, live events, concerts, speaking events… you name it, Hopin is hosting it.

Just a month ago, Hopin made a deal to buy Topi, a networking app out of New York. Johnny Boufarhat, Hopin’s CEO, hoped that acquisition would be a part of their M&A strategy (which sounds pretty aggressive).

Now, just one month later, Hopin is busting a move to buy StreamYard, a video streaming startup for content creators, for $250 million.

Boufarhat has said that, “for events to succeed you need high-quality production and a lot of our customers — around 70% — were already using StreamYard on Hopin.”

Smart move to acquire quickly when that many of your customers are already using another app. StreamYard is another youngin’. At only two years old, they’ve bootstrapped their platform and grown to $10 million in revenue from 2018 to 2020.

Hopin is based out of London and just after barely launching their MVP, they raised $6.5 million in seed money last February. Then, their valuation skyrocketed to $350 million four months later after IVP (the infamous growth fund out of San Fran) led their Series A with $40 million in cash. Not bad hitting unicorn status in just a year.

Apparently, they’re worth the status and it’s not all fluff (as we commonly see) considering they have five million users and an ARR of $25 million.

Is this the growth story of the year? Possibly.